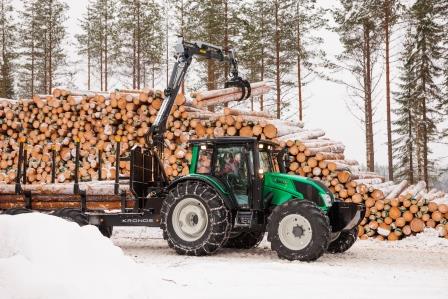 Wikar Oy Ab is one of the oldest manufacturers of agricultural and forestry machinery in Finland. It was founded in 1914 when the blacksmith Uno Wikar from Kronoby set up his workshop, and started repairing agricultural implements for the neighbouring farmers. In the 1920s he started to manufacture horse-drawn harrows, named Kronos.The first series of tractor-drawn harrows was manufactured in 1937.

Since then, Wikar has produced a total of 80,000 harrows with three generations of the Wikar family running the company. Since 1979, Wikar has included timber trailers and loaders, forestry harvesters and various implements for tractors. Satisfied customers, quality, and flexibility are goals for Wikar. 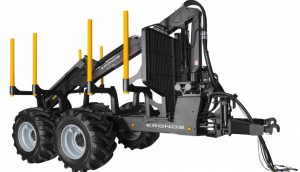 Figure 1: Kronos trailers are known for their durability and high quality

xCrane is a crane control solution developed by Technion

The xCrane control system by Technion is a turnkey solution for the electronic control of cranes. The user benefits of the xCrane system are in line with the requirements that Kronos has for its own products. This facilitated the collaboration between the two companies.

The most obvious user benefits of the xCrane system are ease of use and work efficiency. The xCrane system offers fast response times and makes controlling crane movements extremely accurate. Operators can adjust the system to meet their personal preferences and save the parameters to their own memory slot. The graphical user interface on the color display is fast to learn and easy to use.

The xCrane system enables low lifecycle costs and downtime is kept to a minimum due to self-diagnostics that guide the user through troubleshooting steps. As the system is compatible with a variety of different joysticks, the end user can select components from the desired price range. The xCrane system can be used to control both current-controlled proportional valves and voltage-controlled Sauer-Danfoss valves. Upgrading the control system is easy using a USB memory stick, and can even be performed in field conditions.

The xCrane control system has been designed to be compatible with all tractor- or trailer-based loader cranes regardless of the hydraulic solution used. This ensured that Kronos could utilize the xCrane system in their crane and trailer production line without having to worry about the compatibility of the electronic control system and the hydraulic solution. Kronos only needed to configure the xCrane system according to current setup of the crane to automatically adapt it to the existing environment. Adapting the xCrane system to other functions, such as seat and door switches, the control of working lights, oil temperature measurement and boom limit switches, is also a simple process.

The xCrane system can be installed in new cranes on a production line, but it can also be retrofitted to older machines. This enables end users to upgrade their old systems with a state-of-the-art control system. The upgrade can be performed during scheduled maintenance.

xCrane interfaces with the control system of the tractor

Especially in trailer applications, it is important to utilize xCrane’s ability to connect to the tractor’s internal control system. Communication takes place through a CAN J1939 connection which is natively supported by the xCrane system. As a result, the traction of the trailer will be automatically engaged and disengaged based on information received from the tractor. The speed information of the tractor is also read from the CAN J1939 connection. This information can be used when the traction needs to be disengaged at a specific speed. Implementing joystick steering and axle lock functions is also possible through the xCrane CAN J1939 interface.

System structure in the trailer application 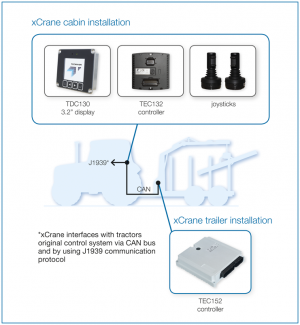 Figure 2: The structure of the control system in the Kronos trailer

The system architecture was customer specific in this project, and minor customizations were made to the xCrane system based on Kronos requirements. The fruitful collaboration between Kronos and Technion resulted in successfully implemented additional features, and the new trailer generation is now available on the market. Kronos loaders and forestry trailers are efficient tools that provide users with an outstanding user experience.

Get to know us as an employer

We have have released our Career -page where you’ll find information about us as an employer. There you’ll also find career stories from our employees in different positions and get to kno… Read more

Are you interested in developing a new generation of autonomous control systems in a growing company where the work is versatile, and you can affect your work environment? We are now hiring a software… Read more

Come meet us at FinnMETKO 2022

We will be attending the FinnMETKO exhibition together with HYDAC Oy in the beginning of september. Stop by to explore our latest solutions! More info about the exhibition can be found here: https://l… Read more